MOSCOW (AP) – Iran agreed Thursday to send observers lo help end border fighting between Armenians and Azerbaijans, where Commonwealth troops were put on alert after 16 people were reported killed the past four days.

Turkey and Russia also showed signs of being drawn into the conflict. Fighting was reported all along the winding border between the two former Soviet republics of Armenia and Azerbaijan, with Azerbaijani forces counterattacking in the Martunin district, Interfax news agency reported Thursday.

Violence shook other republics in the former Soviet Union:

– Georgian leader Eduard Shevardnadze swore Thursday “no mercy” would be shown to gunmen who killed 51 refugees, including young children, and wounded dozens fleeing fighting in separatist South Ossetia. South Ossetia seeks to join North Ossetia. which lies inside Russia.  Hundreds have died in fighting between ethnic Ossetians and ethnic Georgians who don’t want to give it up.

– Officials in Moldova, accused Russia of “open military aggression” in the breakaway Trans-Dniester region and said it was hobbling Moldovan attempts to settle issues through peaceful means. They said 17 people died Wednesday night and Thursday in fighting between Moldovan loyalists and Slavic separatists near Dubossary in Trans-Dniester.

The 4-year-old Armenia-Azerbaijani conflict has claimed more than 1,500 lives. The latest clashes were reported in Nakhichevan, an Azerbaijani enclave between Armenia and Turkey,

“We have a preliminary agreement with Iran to place observers along the Armenian-Nakhichevan border,” Armenia’s foreign secretary, Rafi Hovanesian, told reporters in Moscow.

Commonwealth border troops in Nakhichevan were put on alert for their own protection, officials in Moscow said.

“Iran has been playing quite a positive role in the Nagorno-Karabakh conflict and is seeking to bring about at least an interim cease-fire,” he said.

Nakhichevan is the reverse of Nagorno-Karabakh — an enclave of Muslim Azerbaijanis inside Armenia. But Nakhichevan has a 7-mile border with Turkey, which signaled it will not tolerate an armed Armenian attack on Nakhichevan.

Turkey and Azerbaijan share a language, the Islamic faith and an ancient, deep-routed animosity toward mainly Christian Armenia.

Hovanesian told reporters Thursday, “We are beginning to witness in Azerbaijan and Turkey a deepening campaign of anti-Armenian hysterics.”

Russian State Secretary Gennady Burbulis and Defense Minister Pavel Grachev met with leaders in Armenia and later said it would be “impossible” and “absurd” for Turkish troops to intervene.

But Grachev said Armenia would not be “left in the lurch,” Interfax reported — alluding to a collective security agreement signed last weekend by Armenia, Russia and four other Commonwealth members, but not Azerbaijan.

“It takes two to tango, and Armenia asks Azerbaijan to stand back from its campaign of escalation along the border, he said.

Armenia has been the responding side and not the initiating side” in the latest battles, he said.

Commonwealth television, however, Quoted Commonwealth border guards as saying Armenian forces were taking up positions in the hills around and in Azerbaijani Nakhichevan.

The Azerbaijani news agency Turan said Armenian troops retained control of the Mistepe highlands, captured last week, and were said to be shelling the town of Sadarak in Nakhichevan.

Turkey, it said, was “moving units toward the border.”

Armenia breaks off talks for peace with Azerbaijan 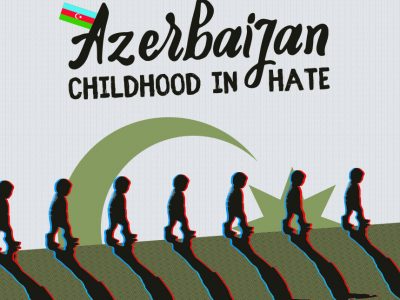 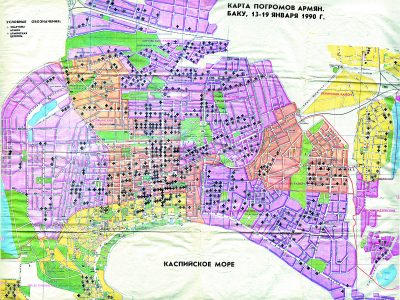