Turkish Leader in Russia for Talks on Caucasus War

By Deborah Seward
The Associated Press

MOSCOW – Alarmed by Armenian advances into Azerbaijan, Turkey’s prime minister arrived here yesterday for talks with President Boris Yeltsin on the growing threat of war on NATO’s eastern flank. While on route to Russia, Prime Minster Tansu Ciller criticized Azerbaijan for seeking only Russian help in the war with Armenian forces.

Turkey “cannot intervene in the domestic affairs of Azerbaijan.” the Turkish agency Anatolia quoted her as saying. “But if Azerbaijan would make such a request, for their own good, it would not be correct to ask only Russia.”

Ciller, who is making her first foreign trip since becoming prime minister in June, threatened last week to ask her parliament for a declaration of war against Armenia if it seized more Azerbaijani land.

Turkey sympathizes with Turkic-speaking Azerbaijan and is a historical enemy of Armenia. But, fearing a clash with Russia, it has avoided military involvement in the war over Nagorno-Karabakh, a Christian Armenian enclave fighting for independence in Muslim Azerbaijan. Armenia backs the separatists.

The war between the two former Soviet republics has killed 15.000 people and created about 1 million refugees.

Azerbaijani leader Geidar Aliev this week won a pledge of help from Russia to end the five year-war with Armenia, whose forces have pressed deeper into Azerbaijani territory in recent months, alarming Turkey and Iran.

NATO-member Turkey is worried about Aliev’s decision to reverse Azerbaijan’s tilt toward Turkey and join the Commonwealth of Independent States along with its Russian-dominated collective security pact.

But Russia is worried about a Turkish buildup on Armenia’s border, which Russian troops are helping guard. Russia also resents the efforts of Turkey, a historical enemy, to expand its influence in Azerbaijan and other Muslim republics of the former Soviet Union.

Allev’s appeal for help reportedly included a request for troops and weapons. Yeltsin’s response will show how far Russia will go to maintain its influence in the region.

Anatolia quoted Ciller as suggesting Turkish troops should be stationed inside Azerbaijan alongside the Russian troops.

Although there have been no major confrontations this century, Russia and Turkey have fought eight wars in the last 300 years and each country considers the Caucasus within its sphere of influence.

Iran is also a player in the region. The prospect of it joining the war on the side of Azerbaijan, its northern neighbor, worries Russia and the West.

Aliev said he accepted an Iranian offer to send 10.000 workers to Azerbaijan to help build refugees camps for up to 100,000 refugees.

Speaking after four days of talks in Moscow, Aliev said he had ended the chill in relations between Azerbaijan and Russia that had worsened under pro-Turkish President Abulfaz Elcibey, ousted in a military revolt in June.

“We are counting on Russia to play a more essential role in the solution of the conflict, said Aliev, Azerbaijan’s former Communist boss who served on the Soviet Politburo with Yeltsin in the 1980s.

Use of force threatened in Armenia 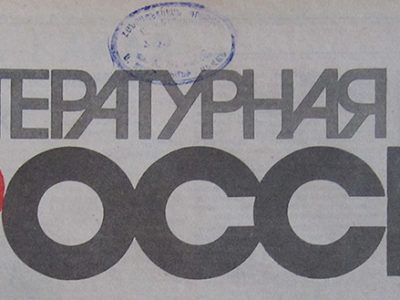