At least 20 people were killed and dozens wounded this weekend in heavy shelling in the disputed Caucasus enclave of Nagorno-Karabakh, an independent news agency, Interfax, said today. Russia’s Foreign Ministry said it had invited the former Soviet republics of Azerbaijan and Armenia to open talks in talks in Moscow on Thursday on ways to end their struggle over the enclave. Nagorno-Karabakh lies wholly within Azerbaijan but has an Armenian majority.

Armenian militants in the territory have been fighting for autonomy for four years. The conflict has worsened since the peacekeeping role of Soviet troops ended with the collapse of Soviet authority in December.

Mr. Esayan said that Armenian leaders in Nagorno-Karabakh had called on former Soviet troops based in the area to stop the shelling. But their commander replied that he was under orders not to interfere, Mr. Esayan said. 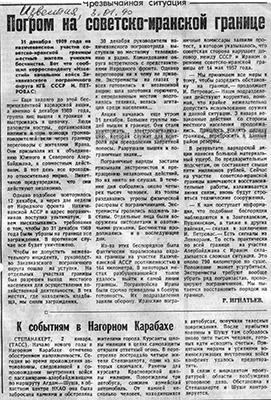